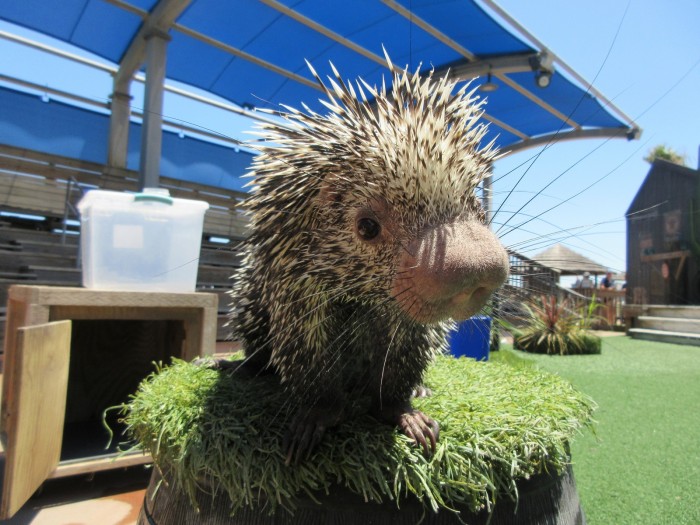 This past weekend my mom and I went to go visit my sister in Texas. My sister works at the Texas State Aquarium in Corpus Christi and performs in “Wild Flight,” which is the aquarium’s bird and animal show. Mom found some deal on Southwest to fly us down there so we bundled up and away we went.

The whole state of Texas quite frankly makes me uncomfortable. Back at the Academy there was a “movement order” you could participate in to go see a bowl game the Navy football team was in over in Houston. I went and got kicked out of a bar for being too drunk (I was, in fact, too drunk) and then left Texas the next day and I haven’t been back since. Also it seems to be a very flat place from what I saw of it. And full of Texans. But my sister has made for herself a rather comfortable living there and so yeah. We went.

My sister rockin’ the show.

The first day we were there we accompanied my sister to work at the aquarium. We sort of had to because she only has her one car, but also of course she wanted to show off her work there and got us in for free. It is a pretty nice aquarium though if you know someone who works there I highly recommend it. She got us in to several animal encounters throughout the day and we got to meet a whole variety of animals, like the porcupine up top. 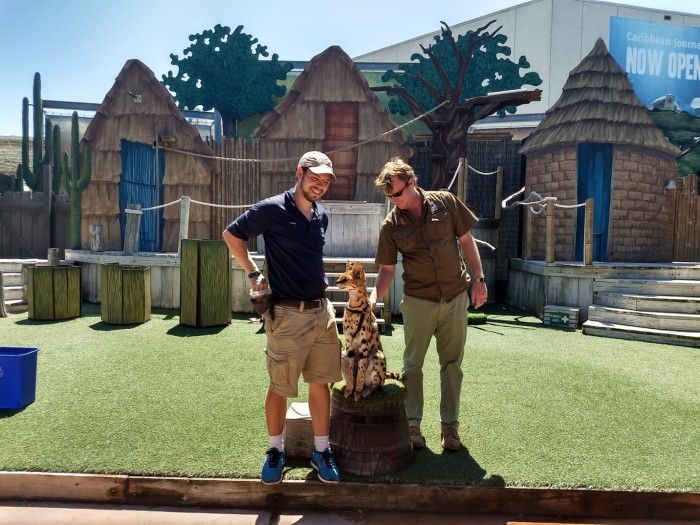 Me and a cat you had to be very gentle around.

Besides the cat and the porcupine, we also got to meet a giant octopus (though they were a little shy) and a tiny baby alligator and a whole variety of birds. So pretty awesome! We spent the whole day at the aquarium (because, you know, my sister works full time) and then head home.

The next day we spent the whole day at the USS Lexington. The Lexington is right next door to the aquarium, and I didn’t think we’d wind up spending like a whole day there, but we did. It is, after all, a pretty big ship. It’s an aircraft carrier though, which like, lame, but hey these things have engineering spaces so they’re not a total wash. This ship is of course the second Lexington, the Lady Lex having been sunk and CV-16 here named in her honor. Her nickname was the “Blue Ghost” because she used to be blue and was reported has having been sunk a lot. But she never sunk!

On the ship they have a wide variety of planes from throughout her service career, and like, two different Blue Angels at least. That, uh, that’s really all the intelligent things I have to say about planes. This ship has an escalator to get the pilots to the flight deck, but if you didn’t want to climb 12 decks worth of ladders frankly you should have gone submarines. That’s why I went subs after all.

Besides the flight deck, the ship has extensive self-guided tours throughout most of the other operational portions of the ship. You can even go down into one of the enginerooms. They didn’t let you go into any of the boilerrooms, though I got to run around tracing the main steam piping from the bulkheads to the engines. This being an aircraft carrier they had both high pressure and low pressure turbines connected to the shaft via reduction gears, and I was rather stunned at how small the high-pressure turbines were, though I guess yeah of course. I don’t think they could have been much bigger than our turbines on the submarine. But they had a low-pressure turbine to go with it and those guys are in fact pretty big. So there ya go.

After that our third day in Texas was a trip to go look at the South Padre Island seashore (it was quite windy) and then to go antiquing. Before antiquing mom lectured me that the point of antiquing was to look at stuff and not to buy stuff (I wondered how mom thought she had never given me a similar lecture in my 30 years of life) but it was only her that wound up buying stuff. The next day my sister dropped us off at the airport on her way to work and back to Maryland we went! 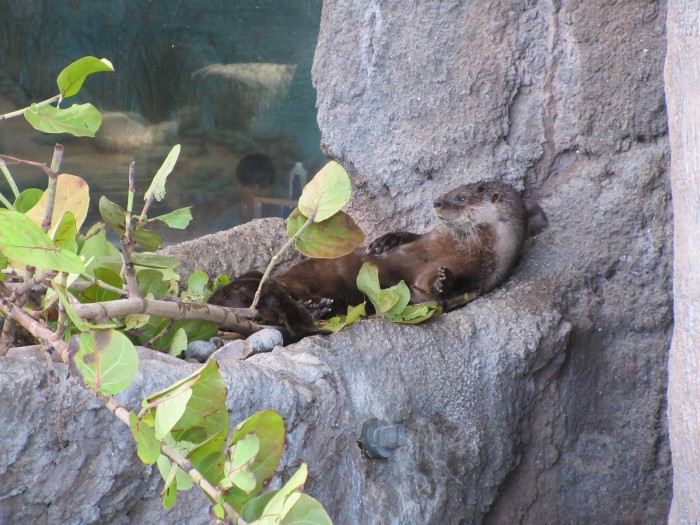