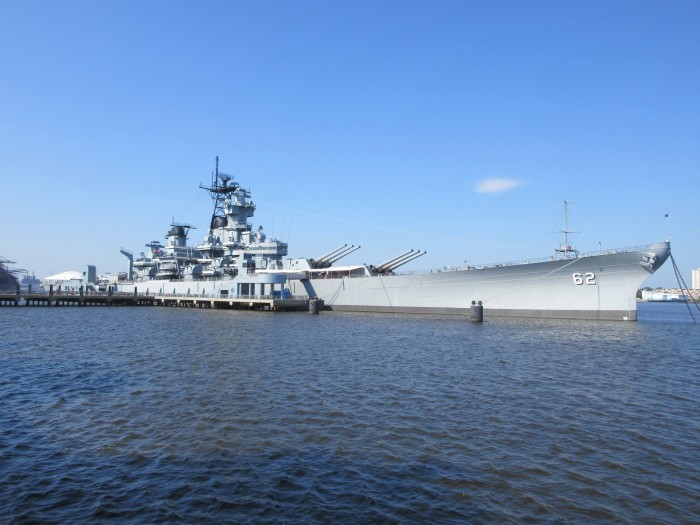 “Firepower for Freedom,” the Big J herself.

After waxing poetic about the Iowa-class, I got to go on the USS New Jersey this past weekend. “This past weekend,” by the way, was in July because I am way ahead on these blog posts that no one reads. The New Jersey is parked across the river from Philadelphia in Camden, New Jersey, and I was in Philadelphia to see the Carly Rae Jepsen concert which was fantastic:

She is very blurry and my phone camera sucks but look it is her!!!

The weekend started off right because as soon as I got to the hotel room I checked to see if I had a view of the New Jersey and you can bet your sweet ass I did:

But anyways the ship herself. I went to go see her the day after the concert and it was hot as balls. It was hot as balls the day of the concert as well, but that’s irrelevant. I got to the ship right as she opened at 0930 and there were only a few other guys there besides myself, all Navy enthusiasts. I took the self-guided tour. The New Jersey is the third of the Iowa-class battleships I have been on, besides the Iowa and the Wisconsin. I have physically laid eyes on the Missouri several times before but never quite got around to touring her to complete the set. All that to say that I didn’t see anything radically new and different on this tour, but it’s always super awesome to see this view:

That bridge is doomed.

Of the ships I have seen I thought the New Jersey’s crew had done a particularly good job of keeping her up and making her a really nice place to tour. I was most amused by some of the details they added to make it really realistic: 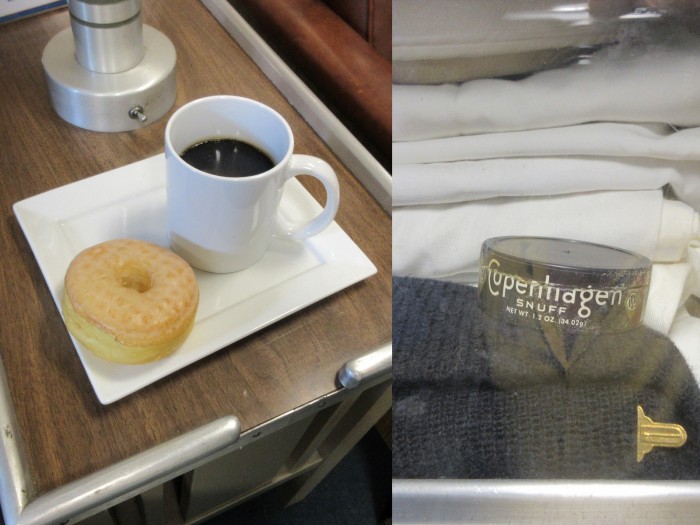 The Naval Academy has a “sample Midshipman room” that tourists can see. It has the layout of one of the (nicer, two-man vice three-man) rooms and has some random crap in there to show the sort of things Mids have. But if you were a Midshipman you know it’s stocked with books no one ever reads and crap no one ever has, but the New Jersey took a different direction. I knew I was among people that cared about realism when there was a snuff tin in someone’s locker and a donut and coffee on the XO’s desk. Realism! 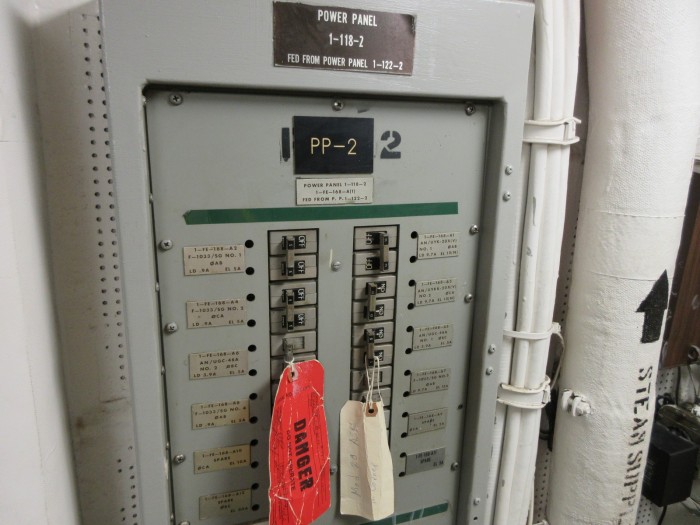 One thing that also amuses me on a sort of fundamental level is when these ships still have danger tags hanging. The above picture has one and there were several others that are dated 1990, from the ship’s last decommissioning. I love it. I always wonder if the WAFs are still around? Is the tagout log? What if they ever need to operate that equipment? Who is authorized to clear that tag? Does anyone care? Can you still cause an incident report? The world will never know.

The above picture is of two five-inch cannons. On the New Jersey (and other Iowa-class ships of course), these 5″ guns are the little secondary ones on the side that they use when it is too bothersome to crank over the 16″ cannons. But on a ship like an Arleigh Burke-class destroyer the main armament is a single little ole’ 5″ gun right on the front. The DDGs also have missiles (though the Iowas had some bolted on when they were re-commissioned) and those are neat I guess, and they probably have better targeting systems, but the Arleigh Burke’s pride and joy is just an afterthought on the New Jersey and besides the donuts and snuff and danger tags that also amuses me deeply.

Those were the highlights of the tour. I got to see inside one of the turrets, and some of the engineering spaces too though not as much as I would have liked (I could only poke my head into the boiler and turbine rooms). I spent about 2.5 hours on the ship before heading out and making it to the bus station to head back home. A real must-see if you’re ever in the area.