When I took this photo I initially didn’t spot my own legs on the viewfinder; my swimsuit just ended as far as I could tell.

This past weekend (as I’m writing this) my girlfriend and I went to Hammonasset!

When I was a wee youth, my family and I would go camping at Hammonasset nearly every summer. My dad has roots in Connecticut, and I think we generally went up to coincide with a family reunion on that side. The big draw of the place for us kids was that there are miles of biking trails (or at least, trails upon which you can bike), which must have offered a pretty nice vacation for my parents. We just went off all day, entirely failing to bother them, and just made sure to stay generally within the confines of the state park. It had been years since I had been here, and I hadn’t quite ever placed Hammonasset (when I was a kid I always wondered how the name related to pigs, and specifically pigs on some sort of asset, but the name apparently actually means “where we dig holes in the ground“) in my head geographically until I was driving to New London to meet up with some friends and spotted the sign. Turns out it is only like a half hour drive from New Haven, so since it was a sunny weekend my girlfriend and I decided to have a beach day to get out of town.

We left fairly early, because we were afraid of the beach being at capacity and not being allowed in. We got there in plenty of time when the park was still relatively uncrowded (later in the day it got crowded to the point where I kinda no longer felt it was pandemic-appropriate, but we managed to minimize interactions I think) and started off going on some nature walks. When I was smaller I remember the park being much bigger, but it has some very lovely trails overlooking marshes and such. You could even spot, from one rather nice location, some navigational markers (pictured above), which I then got to explain in great detail to my girlfriend. Sudden realization: maybe she asked about them on purpose so I could talk about the International Association of Marine Aids to Navigation and Lighthouse Authorities System B????? Awww she’s so sweet. 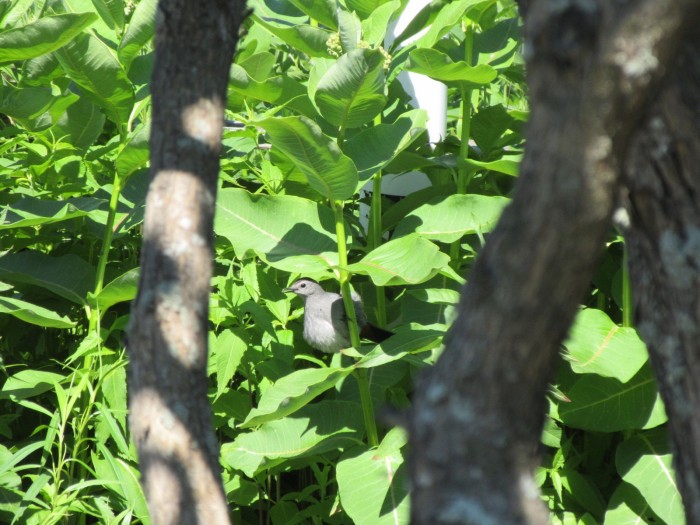 Besides navigational markers, the park seems to be very very good for birds, with a variety of habitats and a whole mess of bird houses placed all over the park. I made sure to take several pictures. Other things I took pictures of (not included here) were some solar panels (infrastructure!!), a spiral herb garden, and my girlfriend eating a sandwich. I also took some pictures of sailboats, who appeared to be drifting but with gusto, the usual fate of sailboats in Long Island Sound:

With our exploring done, it was time to hit the beach. We gathered up the camping chairs we had brought, took off our pants, and settled in. We mostly sat there reading our respective books, which is about the best way to spend a day on the beach if you ask me. Sunscreen was not applied as liberally as it should have, but frankly that would have been difficult in the best of times. The day was beautiful and warm even if the water was cold (we dipped our feet in and got no further) and the beach drew a rather massive crowd. I think they should have limited it a bit more, but people seemed to be at least trying to keep their distance from each other.

After a few hours, we decided we had enough sun and packed it up. We drove around the park a little, and I indulged in a bit of nostalgia, pointing out, for example, the parking lot where I used to ride my bike into flocks of birds in order to scare them, or the field where I used to fly a kite and where that day other people were flying kites. A pretty fun experience and I highly recommend.