This past weekend (with the usual caveats of time) I went up to Boston with my friend Mike. Mike had been wanting to take a trip up to Boston since last semester and we just never got around to it until now. So we went!

It was a two-day overnight trip. We drove up the morning of Saturday and the first place we went was to the JFK Presidential Museum & Library. That was pretty neat! Frankly there was very little chance I wasn’t going to like the place. JFK started the Peace Corps! There were swords on display! And JFK liked to sail! President Carter and I both graduated from the Naval Academy and served in submarines, and so when I was in the Peace Corps I very purposefully grew peanuts just go rack up another similarity. At the JFK museum I learned that he sailed in the McMillan Cup. Me too! Or at least I remember helping out. It’s been a minute and I would have payed more attention if I had realized. Here’s another true fact though: I once went sailing with Ted Kennedy. So there ya go.

I also want to note that they had on display a dress from Kennedy’s campaign. I found this neat because I kinda like the idea of people wearing clothing with my name written on it. Maybe this can be another thing JFK and I will have in common in the future. That and a collection of scrimshaw. A boy can dream. 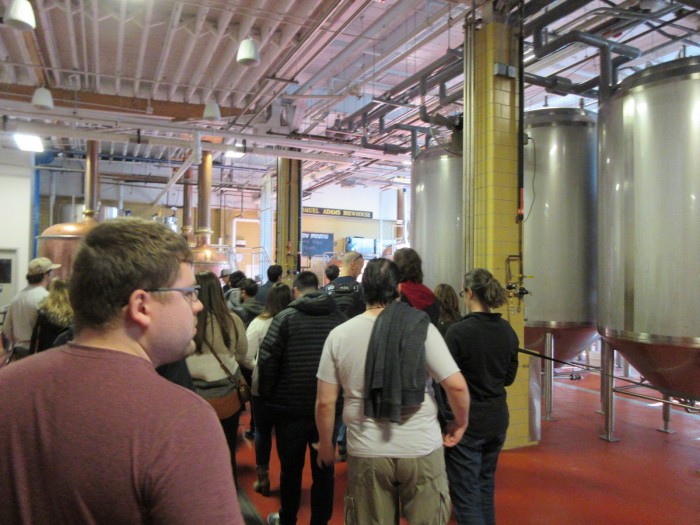 After the JFK museum Mike and I went to the Sam Adams Brewery to have a look around. This was pretty neat and was worth the price, which was free. I’ve been on more than one brewery tour in my day and I was worried that this would just be us looking at tanks, as is the case with most brewery tours. The above picture is us looking at those tanks. But it was also more! They had a whole bit on ingredients where we got to like, eat some of them, and then afterwards there was a whole beer tasting bit. So yeah, pretty darn alright!

After the brewery tour we finally checked into the hotel and then ventured over to the North End to wander around. We didn’t really mean to but wound up following the Freedom Trail around. I guess large chunks of Boston are on the Freedom Trail so it is hard to avoid. We had dinner at a somewhat overpriced Italian place and then got a drink at a bar. Based on signs I read in bars and restaurants while in Boston, Paul Revere frequented a LOT of different taverns. 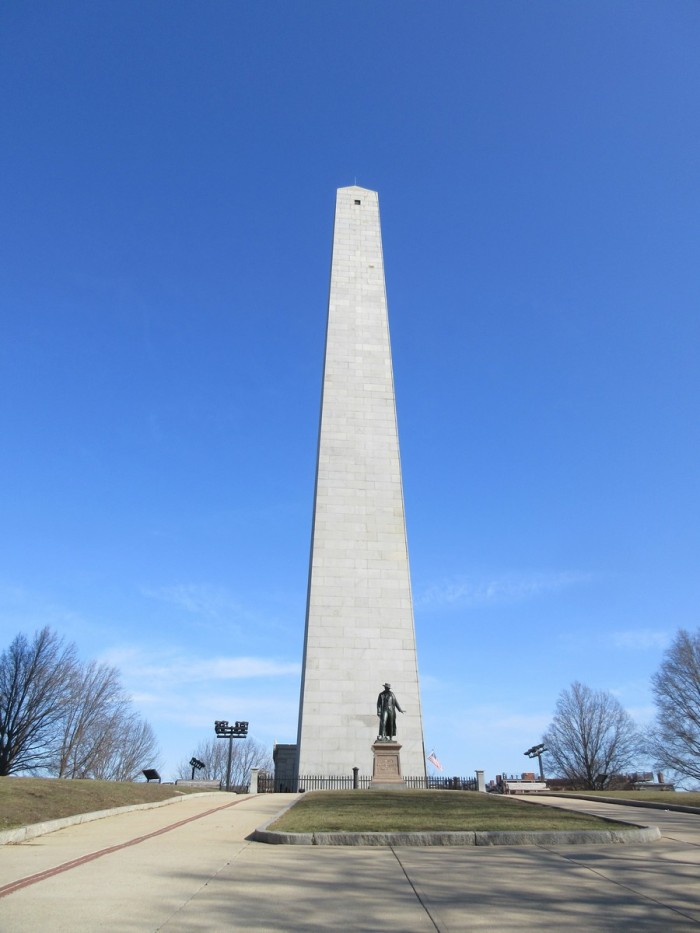 The next day I was hoping to get back by mid-afternoon but we spent the morning wandering around and looking at stuff. We climbed all the way up to the top of the Bunker Hill memorial. That was pretty neat! I had been in the area before but had somehow never made it up the thing. The view is good! I was excited to see a Roro out one window and then the USS Constitution out another window, so that is an excellent set of windows! We stopped by the museum which was informative before wandering down to the Constitution.

I’ve never been to Boston without visiting the Constitution. Mike originally didn’t want to go because I had already been and he was worried about me not being entertained but tell you what man it is such a great ship. Every time I go I run around looking at lines and rigging and stuff and then cannons and then portholes and looking at the Midshipman pantry (when I was a Midshipman and on the boat I was like “hey that is my pantry). The signs weren’t up this trip so I told Mike everything I could remember about the thing. So fantastic. Much great. Love visiting the ship is the point here.

But yeah with that our Boston trip was over. Pretty nice town!