There are MAJOR new updates to this story, available as of December 13, 2020, here.

Mama Meli is a classic story of trying to find obscure historical stuff in Zambia. I first heard of her because she is mentioned in any Zambian news article about slavery, and rightfully so. She is billed as the only known freed slave buried in Zambia.

The truth, it appears, is slightly more complicated than that. It appears she is famous because she got her oral history recorded in the book Women in Peril. You can read her entire life story, in her own words (and what I assume excerpt from the book), in this linked PDF. I recommend reading it, but as the short version, she lived quite the life. She was born in 1880 (there are different dates stated) in Northern Zambia, near Kawimbe. As a small child, she was captured in what must have been one of the last Arab slave raids in the area. This was a violent capture and the slavers killed her parents. She was transported to near what is now Nakonde, where the slavers tried to sneak past a mission established to combat these slave raids. Due to some trickery, the slavers were discovered and stopped, and their slaves freed. Mama Meli was taken back to Kawimbe where she was taken in by the mission there. In a nasty frying pan/fire situation, in my opinion, her relatives discovered she was at the mission and tried to claim her, but the mission demanded the exorbitant price of a cow for her release because she was such a hard worker. She was eventually married off but lived a rather full life, going through three husbands and working as a midwife all over Northern Zambia. She eventually died at the age of 102. If you just think about the span of her life, she was born at a time when she was at risk of being captured by Arab slave traders and lived a chunk of her life having never even seen shoes, and died in the independant, relatively wealthy Republic of Zambia.

And, according to sources, she is buried at Kawimbe, which happens to be right where my friend Katie lives. So I went up there to try to track down Mama Meli (it’s not her original name, but she was eventually named “Mary” by the missionaries, and in the local patois this gets transformed into “Meli,” and all the written sources refer to her as “Mama Meli”). Katie asked around before I got there, and was told that Mama Meli is buried somewhere on the old Kawimbe Mission grounds (there is a new Kawimbe Mission) in an unmarked grave. Sweet. So after I arrived at her house we set off to find the location of the old mission, and something that could be her grave.

To cut a long story short, we were unsuccessful in finding Mama Meli. No one quite knows the location of the old mission exactly, and as I said we were looking for an unmarked grave. But after we asked a little old lady we found, she did direct us to a pretty cool old mission graveyard. 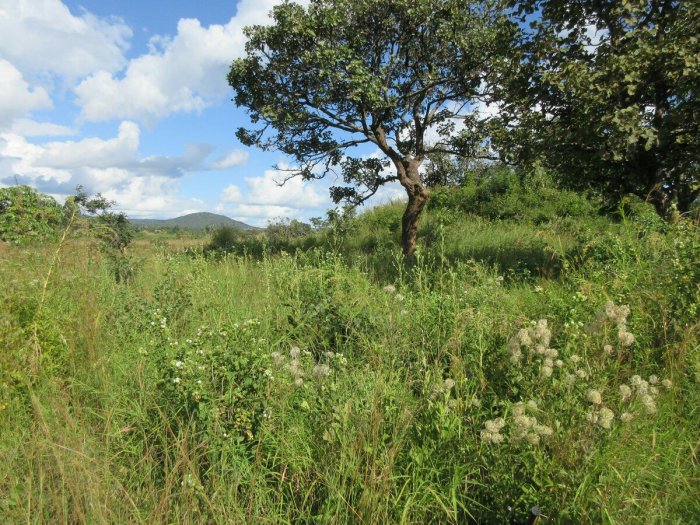 First off, we never would have found this thing without the nice lady. The above picture is of the graveyard from the path. It isn’t until you’re in it and on top of it that you find anything, and man what you find is cool. 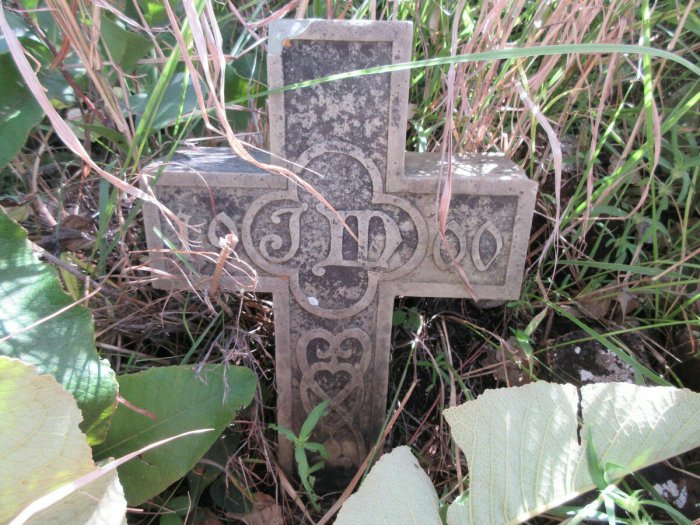 Hidden throughout the grass are a whole variety of graves of missionaries that died in the area. The earliest grave we found was from 1898 and the latest from 1925. This brings me to the point of this article, which is a long lament for Zambia’s efforts at tourism.

Later in the day we went to go greet Katie’s counterpart and discovered that he was hosting at that moment the local chief, Chief Fwambo. I took the moment to try to impress upon him my thoughts on getting more tourists to Zambia, and Mama Meli is a great case. She has a great story and would be super popular with any tourists in the area with even a faint interest in slavery or its effects on the area. But to find out about her you have to follow closely Zambian newspapers, and then have some idea where Kawimbe is. And once you’re there, there is noting to guide you to the right spot to look. No one that we talked to is even quite sure where her grave is, though apparently her grandchildren live in the area and I think they would know. It would be so cheap and easy to put up a sign with some background on Mama Meli, marking her gravesite or at least the old Kawimbe Mission site. Put another sign or two along the road (again this is cheap; a piece of wood and some paint) and man the tourists would come like flies. Then, just stick with me for a minute here, what if, and just what if, the say, nearby Moto Moto Museum, in conjunction with the Mbala Town Council, assembled a scenic byway map or something. They could list all the important historic sites in the region (having put signs in those spots, as well), and put that information on a map/brochure that tied together the history of the region, from prehistoric times to the Bantu migration to Arab slavery to missionaries and colonialism to the freedom struggle (Mbala even has Zambian Freedom Struggle sites!) to the modern republic and just made it easy to find all these sites and to literally put Mbala and the environs on the map! Not to mention the natural beauty and crap! And man, like, if some local enterprising entrepeneur trained up a taxi driver or two in some of the historic significance, and came up with a set price for the tour so you could just call up Steve or whatever and pay him K500 to have him drive you to all these sites in a morning or afternoon and explain something of the history and I’m telling ya like overnight Mbala would be the tourist destination it dreams of being. I swear this wouldn’t be expensive and there are already like a dozen people that work at the Moto Moto Museum that could put this togther, easy.

So yeah. Thank you for coming to my TED Talk.