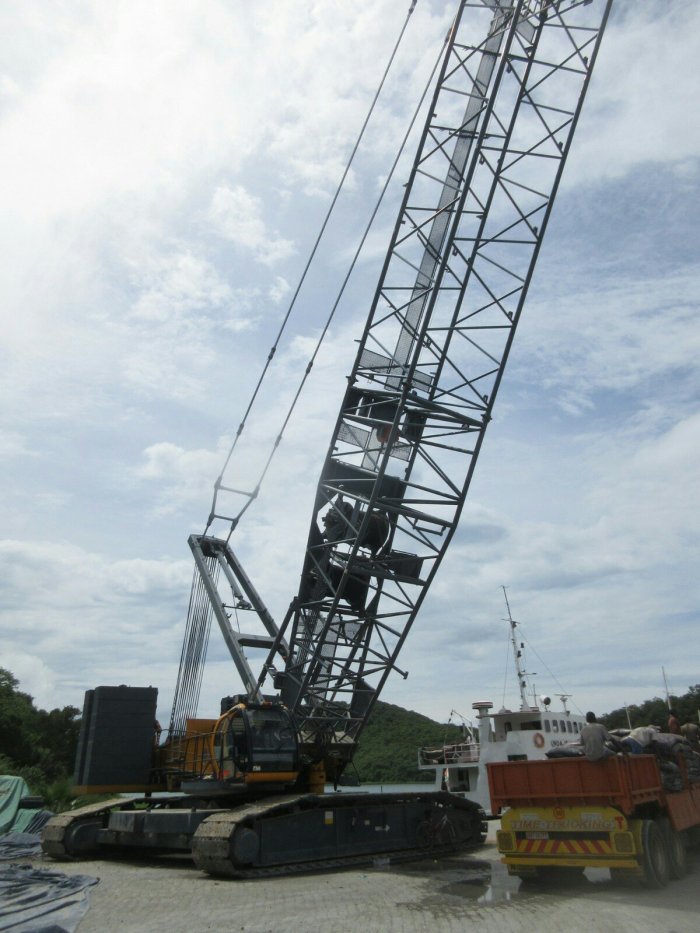 Having achieved at least 50% of the boats I had set out to see, I was gonna catch a minibus back to Mpulungu, but I checked Facebook and lo and behold I had an answer to where the Dame des Isles was. So, exhausted but determined to double my boat batting average I set off for the spot. When I got there, the gate was closed and locked. Poo. But then it opened! And I managed to ask the guard (who was letting someone out the gate) about the boat. Unlike the other people I had asked, he knew exactly where it was. Where was it? The Mpulungu Harbor Authority (the italics are because, as you’ll recall, I had visited there and been turned away). So off I went to the Harbor Authority to Find My Boat.

Since it had been a few hours, I was hoping there would be different security staff at the gate. This was not to be. The same guy who didn’t seem to recognize my picture and told me to come back Monday was there. I asked him again about the boat and if he wasn’t sure it was there. Turns out, he knew exactly what I was talking about and had just meant that they didn’t give tours on weekends. Alas! I was so close to my goal, and yet so far! So I, um, not quite begged, but asked if it wouldn’t be possible to just look at it real quick, don’t I look trustworthy? At this point, being a security guy, he asked for my passport. I handed him my ARC (Alien Registration Card, which looks just like Zambian’s National Registration Card, except it says “Alien;” when these were first described to us new PCVs, with the Zambian accent it came out “Aryan Registration Card,” which seemed plausible if unfortunate and made us all really uncomfortable until a more experience PCV saw our faces and explained our mistake), and man, if you live in Zambia I recommend getting an ARC. Every time I show a Zambian their first, inevitable reaction is “You are Zambian!” and then they are about it. 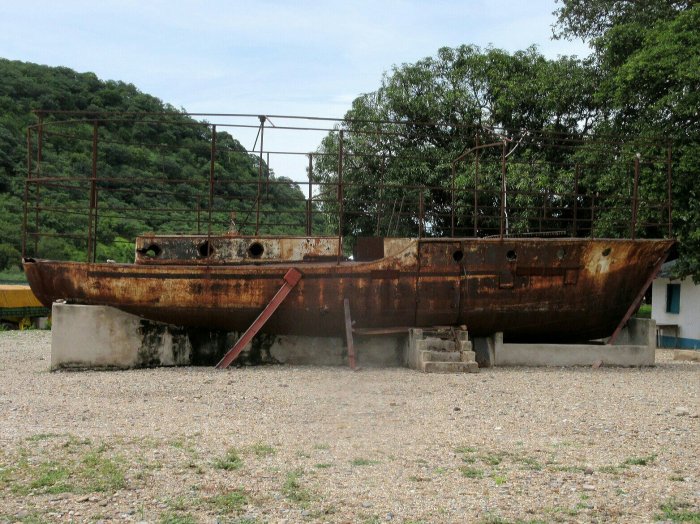 The Dame des Isles, from a slightly different perspective.

Since I went from an annoying tourist to fellow Zambian, my new friend Banda, Chief of Port Security, agreed to take me on a (short) tour. So we walked over to the Dame des Isles and I took some pictures. Another success! We were walking back to the gate, but then more exciting than even getting all both historic boats I wanted to see, Banda walked me over to the boats they were loading in the harbor. This was super cool!

My first reaction was “and they said breakbulk was dead.” There were cranes (made by Sany, which I liked the imagine was an off-brand Sony), but the boat they were loading was being loaded by hand by a bunch of shirtless longshoremen. They were loading it up with sugar. According to Banda, most of the port’s traffic are Burundian and Congolese boats shipping mostly sugar and concrete back to their respective countries. I was surprised to find out these were the port’s major exports, but I guess there ya go. The closest cement plant to Mpulungu, by the way, seems to be all the way in the Copperbelt, so that is some well-traveled concrete and I am amazed that for Burundi and the eastern part of the DRC that’s the best way to get it. Banda let me look all around and answered all the port ops questions he could, and then lead me back to the gate. Super neat! I love boats.

From there, the rest was pretty straightforward. I caught a minibus where the drunk conductor tried to overcharge me, got back to Mbala super quick, did some shopping, and came home. Quite the adventure.