Me and The SOURCE

After my time in Ndola, the real goal of my Northwestern adventure was the source of the Zambezi River. The source is in the very tippy-top northwestern corner of Northwestern Province, and is therefore very out of the way. Seeing the source is meaningful in its own way, as it begins the journey of the river that eventually cascades over Victoria Falls, but really the site is a tiny little spring under a tree. The inaccessibility of the site and the fact it is kinda silly but also important makes it my idea of an ideal adventure goal. So after a week at Lily’s site, we travelled back to Solwezi to catch a bus to Mwinilunga, where we stayed for two nights as part of this adventure.

Mwinilunga is a pretty nice little town, known for growing pineapples and being pretty wet. It’s right on the border of the DRC and the Peace Corps Volunteers that live here claim it is the friendliest town in Zambia and home to the best chicken. On their advice, we booked a taxi with Ba Silver to take us the 50km or so from Mwinilunga to the source (or The SOURCE, as I prefer to type it). The road past Mwinilunga is dirt, and despite a few rough patches I think it is actually nicer than the pot-holed tarmac road between Mwinilunga and Solwezi.

The source is located in a tiny little national monument slash protected forest area, and it is really nice. At the end of the road into the area there is a Visitor Information Center with some displays on the Zambezi, and then behind the center there is a path that leads down to the source. The source itself is located in a valley, and there are elevated wooden walkways to keep you out of the mud. The forest is beautiful and since it is a protected area, it is very dense. The birds were singing in force and apparently there are bushbabies around, though it being about noon and all we didn’t see any. 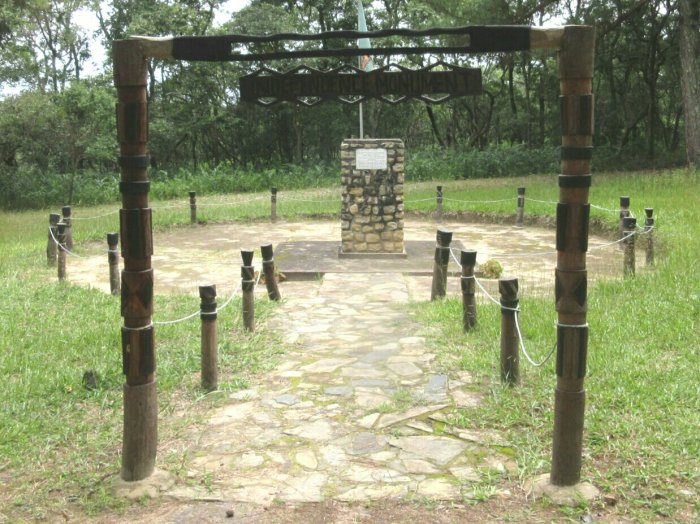 In addition to the source itself, there is a monument to Independance at the site. The Zambezi River is very important to Zambia. The name Zambia is derived from the Zambezi, and the river is Zambia’s longest (Africa’s 4th longest), forming a part of the border and of course featuring the mighty Victoria Falls. The Zambezi floodplain in Western province is home to Zambia’s most well-known cultural festival. So it is appropriate that this out-of-the-way forest house a monument to Zambia’s very independance.

The source itself is a tiny little spring under a tree (pictured up top). I don’t know how they decide which little spring specifically is the source, but they picked a picturesque one. The paths that wind through the forest follow the little stream the comes from the spring as it gets bigger. I just thought it was really cool to think that this was the MIGHTY ZAMBEZI that just a few (hundred) miles downstream I have taken a booze cruise on. 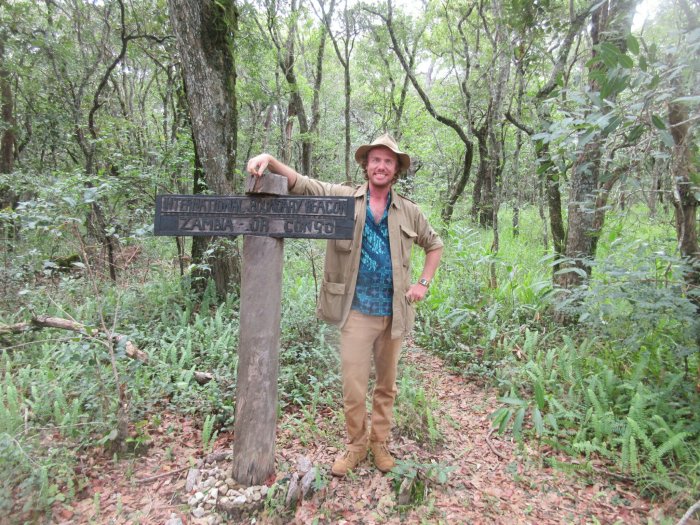 With my quest for the source of the mighty Zambezi complete, we went to the other cool part of the park: the border with the DRC. The DRC is a little mysterious for us PCVs because we’re not allowed to go there, but right there at the source is an international boundary marker. So I took a chance to break the rules and illegally cross into the ole’ DR Congo. So that was neat.

After that we went back to Mwinilunga. We only got stuck in the mud once!