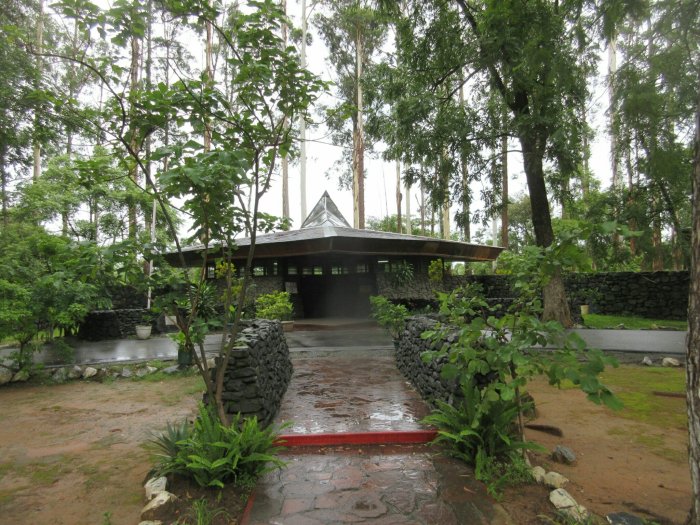 Having completed my two major goals for the day by 0930, I decided to go visit the Dag Hammarskjöld Crash Site Memorial. This site is a bit hard to get to if you don’t have a car (I always wish I had a car or a bike or even a razor scooter on these adventures), though that is a function of being at the location where Dag’s plane crashed, and I can’t hold that against him. I toyed with the idea of trying to hitch or take a bus and walk, but it was raining and I decided to just take a taxi. My taxi driver was a nice guy named Honest, and after conferring with his taxi driver friends to figure out where the place was, we were off.

Honest and I had the site to ourselves. The caretaker of the memorial seemed very bored and was very enthusiastic about telling us about the site and especially around the consipiracy theories involving Dag Hammarskjöld’s death. I leave it to the internet to discuss the UN General Secretary’s (extensive and impressive) legacy, but the site is very nice. I think they put a lot of effort into keeping it up because of its proximity to Ndola, and the fact that a memorial is held every year on September 18th to commemorate the crash. The President of Zambia and delegations from the UN come to pay their respects.

The spot where they found Dag Hammarskjöld’s body.

There is a pavilion that houses displays about the crash, Dag’s mission at the time, and the function of the UN, along with a small “library” of relevant publications. There is a cenotaph in the center of the site with quotes from Dag, and at the exact spot where they found his body another marker. The site is very pretty and worth a visit, though we left kinda quick because I found the caretaker a bit overbearing. I think Honest enjoyed it though.

With those adventures wrapped up by lunch, it was time to do something a little less certain: try to find the Polish Memorial. So far these have been impossible for me to locate. There are actually several Polish Monuments in Zambia, which commemorate Polish refugees that came to Northern Rhodesia during WWII. There is one in Mbala I have never located, and I didn’t locate the one in Ndola either. The map in my travel guide showed it at a spot about 6km from my hotel. I asked one taxi guy if he knew where it was but thought I was looking for shoe polish, so I set off on foot. Unlike the morning, where it was raining and I didn’t bring a rain jacket, this time I brought a rain jacket and it was hot and sunny.

The 6km took me a little over an hour and some sunburn, and brought me to a concrete factory. That was interesting to look at, with the rail line leading to it and the canals around it, but didn’t bring me to the Polish Memorial. After scouting around for a bit and deciding I had failed, I was lucky to flag down a company bus from Zambezi Cement Company that was nice enough to give me a ride back and drop me off at the hotel. If I have a major criticism for Zambia, it is that doing anything touristy outside of Livingstone is extremely difficult. It’s hard to find where stuff is if you even know it exists, and there is no infrastructure to get you there. I think investments in tourism infrastructure could go a really long way into making Zambia a destination popular with far more than just the chartered-flights-to-safaris crowd. But that’s just me.

My final adventure was to the Ndola Boating and Sailing Club. I am a huge sucker for yacht clubs and was excited to find my second in Zambia. My big plan was to go here for dinner, which was dashed after I arrived and found out they didn’t serve food. They did serve beer though, which is the only requirement for a yacht club. I mention that because they didn’t have any yachts. I’m not actually disappointed in that, because if they did I’d just be jealous because Mbala’s yacht club doesn’t either. Still, the place has a lovely view, and there were two dudes in a canoe poling about. 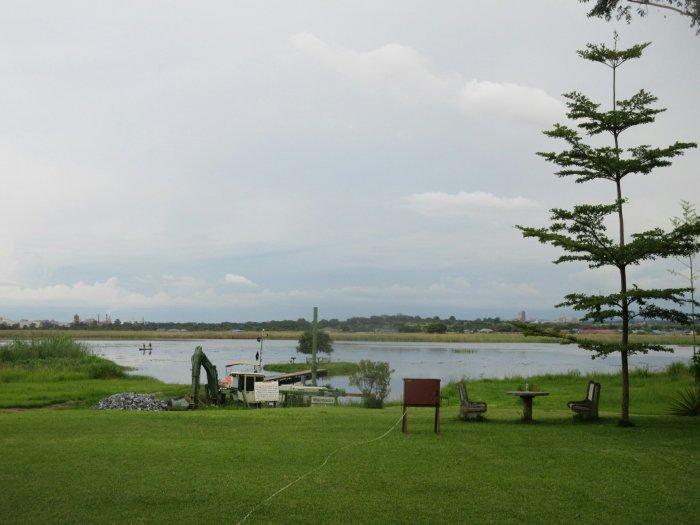 Overall my time in Ndola was pretty nice. I saw what I wanted to see. I do wish I had a car because then I could have really gone on some adventures. Zambia has so much to offer for sightseeing and adventures that aren’t crazy expensive safaris, but man do you need a 4×4 and a lot of gumption to really do it.