The Ministry of Agriculture, as you might expect them to, hosts a lot of different sorts of events to promote agriculture and perform some extension work. Today I went to a Field Day hosted in a nearby village. The point of a Field Day is to let farmers see other farmer’s fields, see what is working and what isn’t, and spread around agricultural knowledge. This I am totally onboard with because there aren’t any better ways to improve these guys’ farming techniques than to show them another successful farmer in the flesh.

The village was about an hour walk away and my host dad and I rolled in around 0930 as everything was getting set up. There were a lot of people on motorcycles arriving, along with a variety of cars and Land Rovers in various states of repair, so the whole thing (to me) had a sort of Mad Max vibe but if Mad Max just wanted to throw a pretty okay dance party. Once we had a quorum we head out to the fields.

For the Field Day, they split this farmer’s place into different “stations.” At each station the farmer (and sometimes the sponsoring seed rep) talked about the type of crop they were growing and the sort of fertilization and weeding schedule they had used. They told us how long the crop we were seeing had been growing and what sort of profits they usually see from the crop. In my valley onion is a really popular and really profitable crop so a lot of farmers were interested in that. I was personally most impressed with a really nice banana orchard the farmer had set up by a furrow. Oh! I was also really impressed with the really nice concrete furrow with sweet little doors to direct the flow various places. That was really nice. 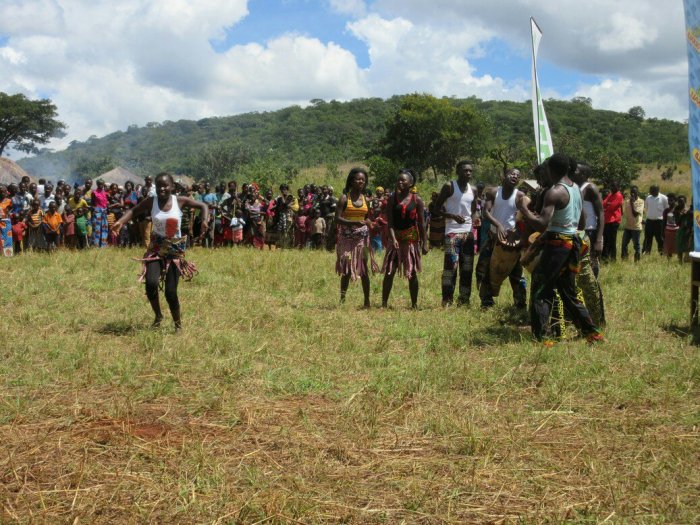 An intermission in the speeches brought out the dance team.

After the field presentations we went back to the soccer field where they had set up a tent and loudspeaker. At this point came the speeches. These were long. They were also in a mix of Mambwe and Bemba and spoken by native speakers for native speakers, so I didn’t get a whole lot out of them. One unfortunate habit of Zambian public gatherings is that people like to make sure every relevant party gets a chance to thank every other relevant party for their participation, which is totally nice and I’m not suggesting they shouldn’t do it or stop doing it, but it does make things take a while. The seed reps were also doing, as far as I could tell, seed giveaways so that is pretty cool. All I’m trying to say is that we were there for three hours and I hadn’t had lunch.

Luckily, the lunch problem was solved when we (the organizers and myself; my host dad was one of the organizers) went to the host farmer’s house and had a very nice lunch. They even had nshima made from orange maize, which we made sure to devour in a edible vote of support. 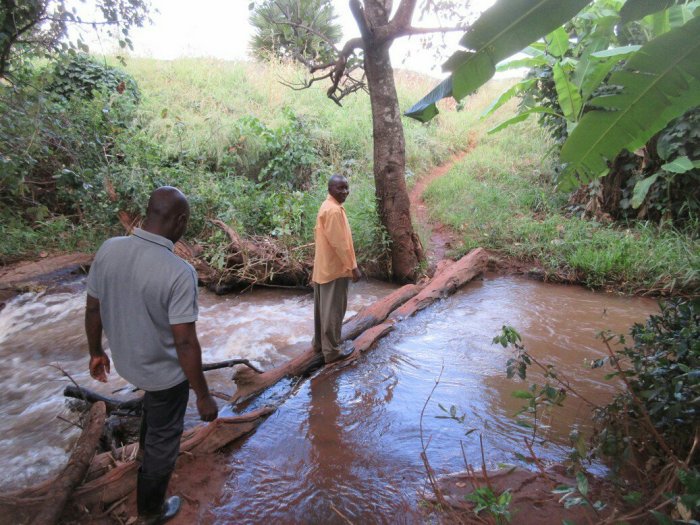 Bridge over the mighty Mwambezi on the way to the fish ponds.

The final activity of the day was to travel over to a nearby farmer’s ponds to check them out. He apparently had been doing fish farming before and was looking to get back into it, so was looking for pond renovation advice. His ponds were very nice and I only suggested a few little things, like adding screens to the inlets and making one shallow pond a bit deeper. My host dad actually did most of the talking which I was pretty proud of, seeing as I was a part in making him such a knowledgeable fish farmer. That sort of things really gives you high hopes for sustainability. 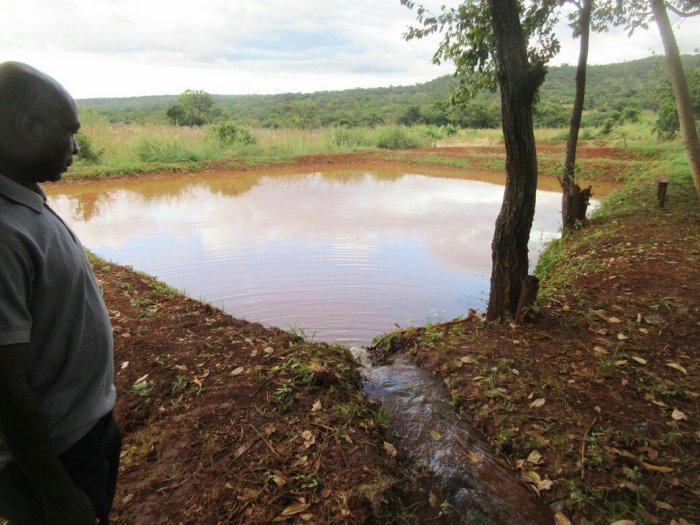 Host dad looks over the ponds.