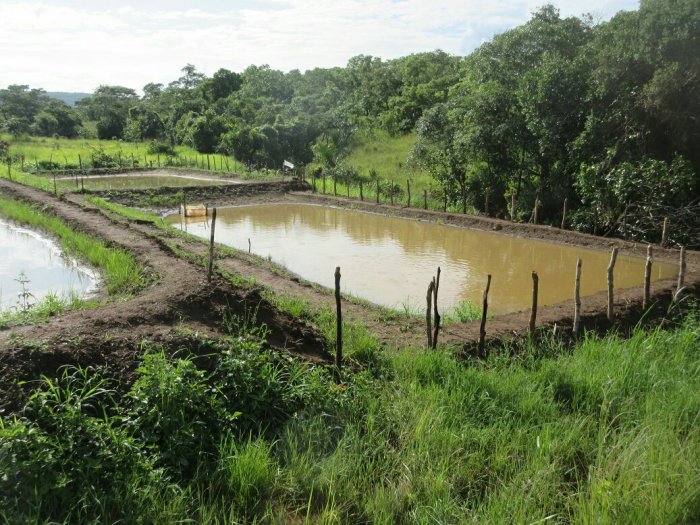 No big adventures this week, so I thought I would give an update on the fish ponds; they’re doing well! My host dad has constructed a total of four ponds; three are in the above picture with another one in a higher tier on the left. He’s in the process of building two more, but construction has stopped due to the rainy season. That’ll make a total of six ponds for him, which is a convenient number as you can theoretically harvest every month with a six-month growth cycle. Next to his ponds are two more ponds owned by another farmer. 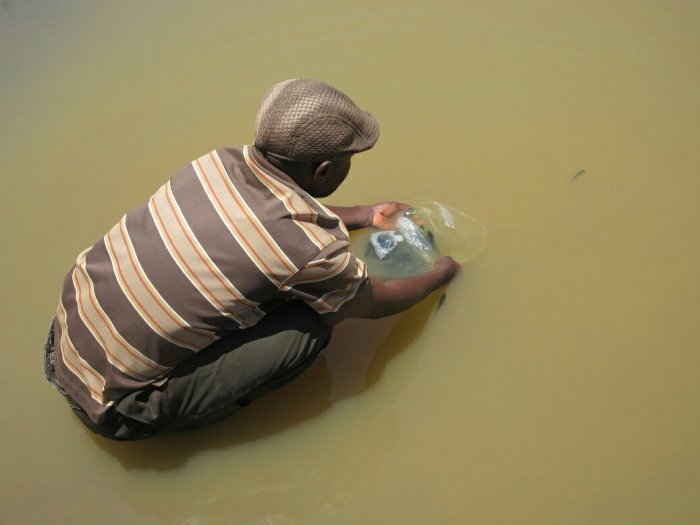 All the ponds have been stocked. The photo above is my host dad stocking one of the ponds. He got involved in an experiment on supplemental feeds. He has been supplied with commercial feed, and also makes his own feed. One pond he’ll provide commercial feed, and the other pond he’ll give the feed he makes. When we harvest we’ll see which fish grew the best. 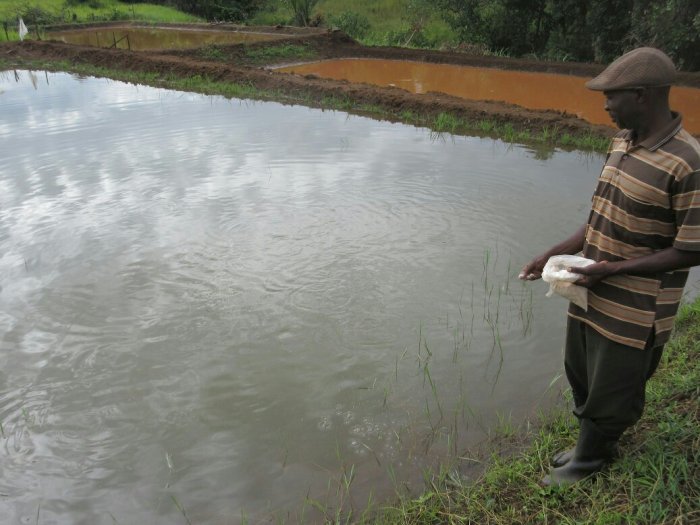 My host dad feeding fish. If I had one criticism of the ponds, it is that they don’t have a very good bloom. With rainy season we are getting more mud and run-off into the ponds, which makes it harder to tell if we have a good bloom and is also not great for the fish. The fish don’t seem to be suffering too much for it so I am not worried, and he’s been good about providing feed so the fish are growing no matter what.

My host dad has been doing a lot of work to improve the ponds. He’s in the process of building a fence around the ponds to keep out predators. He always refers to it as “preventing THE predator,” like there is a particular lizard that is his nemesis or as if there is an alien hunter eating his fish. He also invented the above contraption. My host dad fertilizes his ponds with manure, and the usual RAP suggestion is to put the manure in a sack to place in the pond. He has instead made a basket out of mealie meal sacks and suspended it on four sticks. This has the same effect of holding the manure in a certain location, but makes it a lot easier to add manure just by dumping it in the top. I’m looking forward to harvesting these ponds in February or March and seeing how the fish have grown. At that point we’ll have completed all parts of the fish farming cycle, and both my farmers and I will have had hands-on experience with all portions of it. My big hope is that once people see my host dad make money after the fish harvest, everyone will be exited about fish farming and come to me wanting to stake ponds.