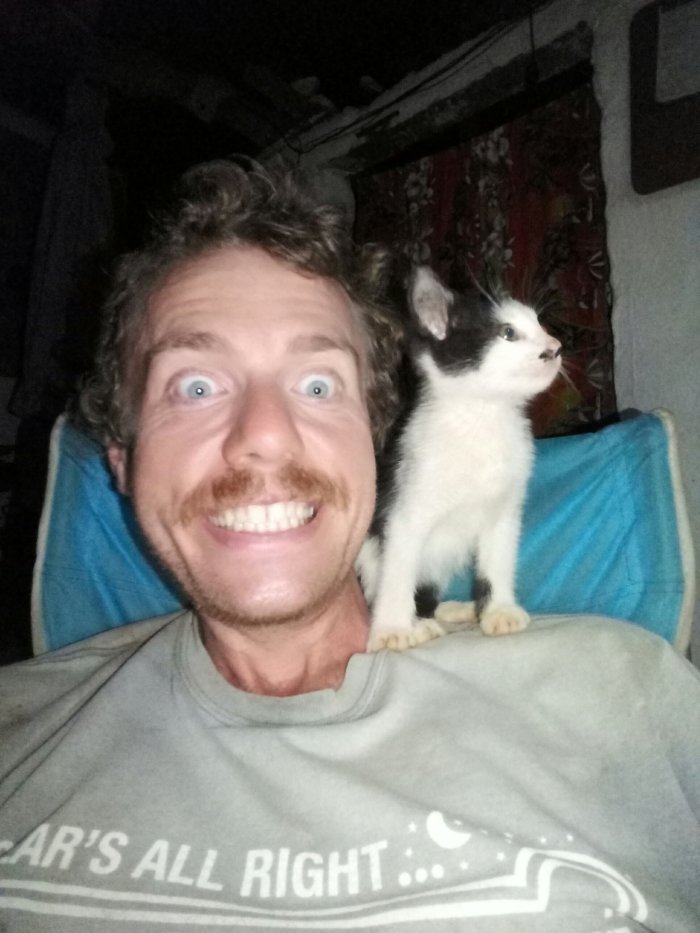 This post is about my sweet new cat, Inwanwa. Unfortunately, shortly after I wrote the post Cats, Munono (the eponymous cat) disappeared. I don’t know where he wound up but I hope it is someplace nice; maybe his newfound fame lead him off to Nollywood or similar climes.

Anyways, getting a cat was kind of an impulse decision. Peace Corps regs prohibits the Peace Corps Houses from having house pets. This is an allergy and health regulation, but at our house in Kasama stray cats manage to eke out a living on the grounds despite us reading the aforementioned Peace Corps regulations to them. Cats! At any rate, presumably due to the proclivities of these cats, the house got a kitten infestation.

The story of me and Inwanwa is probably something along the lines of the cutest Rom-Com ever, because the first time he saw me he hissed at me and refused to come near me. By the next time I had come to the house, however, someone had fed the kittens and so suddenly they were all about people. This sounds cute, because it was, but the cats had to go. No longer afraid of people, they would aggressively go after your food on the porch and sneak into the kitchen in the house and wreck havoc (but cute havoc) as kittens are wont to do. So they had to go. 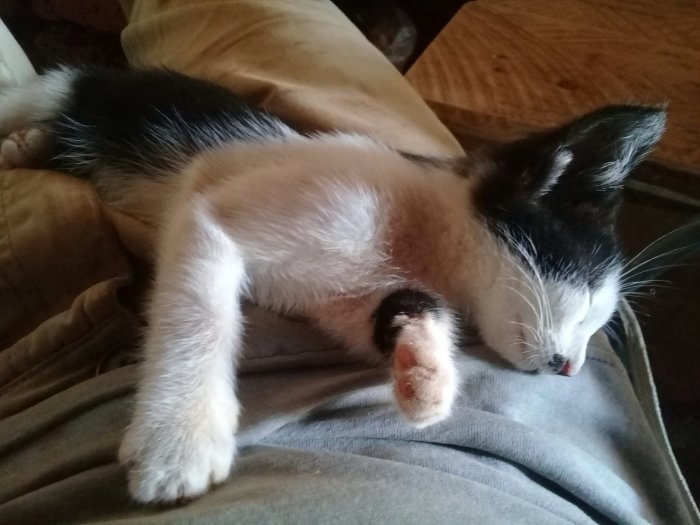 My poor cat here, no one wanted him. I didn’t really want him either, because owning a cat is like, responsibility, but Munono was missing and I have a big ole soft spot for the unloved. So my fellow PCVs, sensing weakness, pressed me to adopt him and so I did. The morning when I left he was unceremoniously put into a cardboard box lined with panty liners and I carted him home. This must have been traumatic for the poor thing because carting him home involved waiting an hour for a minibus, a three hour minibus ride, and then being strapped to the back of my bike and biked home. The poor thing survived in good condition and was welcomed home with some ham.

I was worried he would hate me after that little ride but apparently not. So now I own a cat. I had decided to name him after his distinctive mustache, so he was dubbed “Inwanwa,” which is apparently Mambwe for “mustache.” I asked my host dad and he didn’t think there was a Mambwe word for “mustache” (not a popular hair style) but the dictionary says it is Inwanwa so there we go.

Since getting the cat my hobbies have largely been making cat toys (he prefers toilet paper rolls) and pounding rebar into my walls and damaging the brickwork to make him platforms he doesn’t use. But he is cute and he likes to take naps on my lap and also claw me a lot. He has taken to stalking chickens and so my biggest fear is that he becomes a chicken killer, which would be expensive for me. He doesn’t eat kapenta which means I have to feed him cat food and when he can’t get me to play by clawing at me he bats at the dogs’ tails, which is playing with fire little cat. They mostly ignore him. So yeah, standard issue cat.