Following the rice workshop, I went down to Samfya to hunt the elusive Kongamato. Although its usual haunt is up in Northwest province, there have been sightings near Lake Bangwelu and the surrounding wetlands so I decided to come to Samfya to take a look. 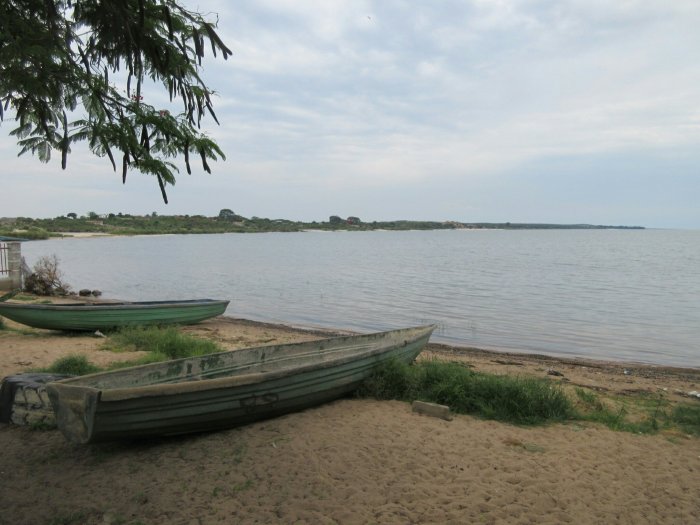 Checking into the lodge, I surveyed the scene. There were sandy beaches and a huge expanse of water but no signs of prehistoric pterodactyls.

Ever intrepid, I reasoned that maybe the mighty cryptid wasn’t a fan of surf and sun, and instead I found a patch of jungle and marched right into that. It was quite jungle-y, and full of bugs and trees and some lily pads, but unforunately there were no flying reptiles.

Stumbling out of the mighty jungle, however, and conveniently close to a rather nice beach bar, I did run across this canoe. Given the large gash in the side, I reasoned it could possibly have been the victim of a Kongamato attack, given their penchant for flipping over canoes.

Since the beach bar was so close to the potential evidence of the Kongamato attack, I reasoned it was probably a good place to sit and wait for the mighty aviator to return. Patiently I waited long enough to drink three beers, my responsible drinking limit. No Kongamato was sighted. I did, however, spot some birds. 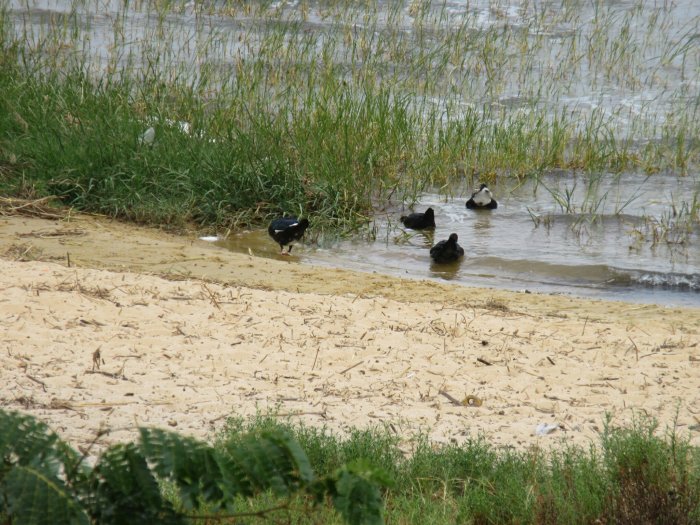 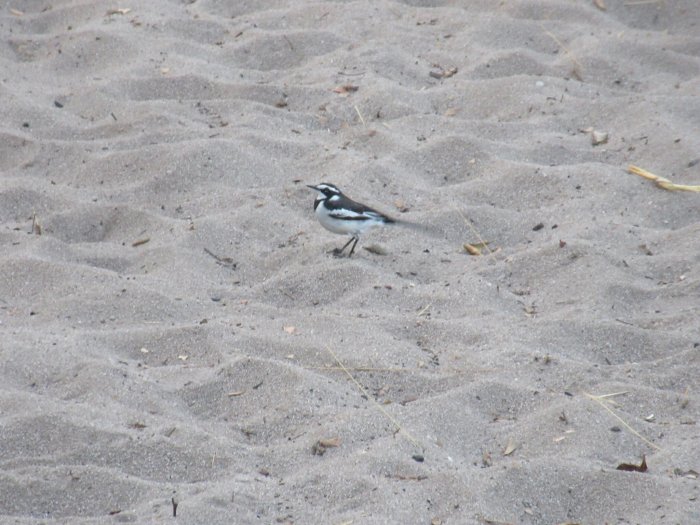 Given the elusive nature of the Kongamato, despite my utmost efforts in finding it, we must conclude that it is very endangered and has possibly suffered habitat loss. I therefore recommend the Kongamato be immediately added to the endangered species list. Thank you.