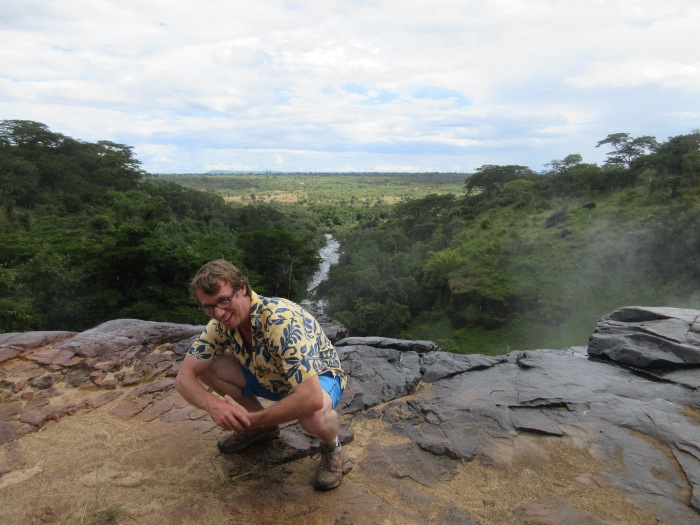 The first time I considered joining the Peace Corps was senior year of high school. I didn’t know what it was, but it was during that listless time when I hadn’t been accepted to any colleges (and didn’t really want to go to college, anyway) and I didn’t know what I wanted to do with my life. One friend of mine had written down on this life goals poster thing that she wanted to join the Peace Corps, and I said I might want to do that too.
A decade later, after I had gotten out of the Navy, I was again listless and not really knowing what I wanted to do with my life. I think I have detailed some of those feelings on this blog. Without review of my own blog, I spent a good chunk of time last year pursuing a 3rd Mate’s License, along with applying to the Peace Corps and various other jobs. In the fall, at nearly the same time, I was accepted into the Peace Corps and to a job at Amazon Web Services (AWS). It was probably lucky for me that the Peace Corps invitation came through just before the AWS gig, otherwise I probably would have rejected the Peace Corps in favor of a steady paycheck and boring time in Northern Virginia (NoVa is actually a pretty great place to live, for the record, and once that Silver Line extension finishes it’s going to be even better). Instead, I accepted both and worked at AWS for four months before departing for the Peace Corps. Without much detail, my time at AWS was really great and it was very encouraging to know that I had a skillset that was desirable in the civilian job market. It was a major morale booster to discover I could survive as a contributing member of society outside of uniform (debates on my contribution to society inside of uniform notwithstanding) and outside of my parent’s basement. I would recommend working for AWS to anyone.

Jumping back, in the fall of last year I was accepted into the Peace Corps. I got in on my first application, which is sometimes unusual. Your odds go up a lot, I think, if you mark down that you are willing to go anywhere. I actually specified anywhere that wasn’t cold, and that I was interested in anything but teaching, and to that end I received acceptance into the Rural Aquaculture Promotion program in Zambia. When I received the invitation, I went on the Peace Corps Zambia website and read the FAQs. The very first question is “Will I be living in a mud hut?” I thought the answer was going to be something along the lines of “you know, Africa is really a developed place with things like skyscrapers and you’re a bit of a dick for assuming that you’ll be living in a mud hut,” but instead the answer was “you bet your sweet ass you will” (paraphrased) and I was sold. I waited a day to think it all over to be sure and emailed back that I would like to accept the invitation. Adventure, here I come.

As is my wont, I like to keep things under wraps, and therefore no one knew about my intentions to join the Peace Corps except those people who wrote recommendation letters for me. My next task was therefore telling my mom about my life plans and why I wouldn’t be hanging around her basement (she prefers the term “guest room”) so much. I had actually waited until I got the job at AWS and told her about that first, and then explained “and in February, I’ll be throwing all that away and moving to Africa [ed note: Africa isn’t a country!] with the Peace Corps.” Her reaction was less than enthusiastic but accepting in that motherly way where your kids are doing something crazy instead of maybe combing their hair and settling down with a nice girl somewhere close so she can visit the grandkids. She took care of the whole “tell everyone else in the family” thing, and I settled down to save some money working for AWS and eat as much ramen (the good stuff, at ramen shops) as I could before heading off into the Peace Corps.

To that end, to do some obligatory blog stuff, apologies to my non-existant audience for not writing recently. Pat in the World is now very specifically Pat in the Northern Province of Zambia Promoting Fish Farming, and my goal is a blog post every Sunday detailing my adventures here and my journey (ugh, describing things as a “journey”) all the way from nuclear-powered warships to a mud hut with a pretty sweet solar setup if I do say so myself. I am already a far happier person than I was a year and a half ago, still on the boat and only knowing that I didn’t want to do that anymore. Thanks for reading!